Motoring experts said it was the busiest day of the year as drivers took advantage of coronavirus restrictions being eased. Traffic data from TomTom showed increases on last week.

Non-essential shops, as well as pubs and restaurants have been allowed to reopen as infection rate fall and vaccination numbers rise.

Stores including Ikea and shopping centres proved popular as may got behind the wheel for a day at the shops.

RAC Breakdown spokesman Simon Williams told MailOnline: ‘Monday looks like being the busiest day of the year so far on the roads as drivers take advantage of the further easing of coronavirus restrictions. 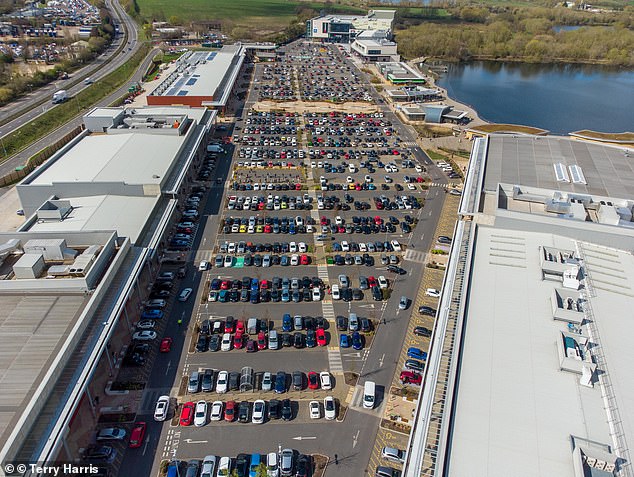 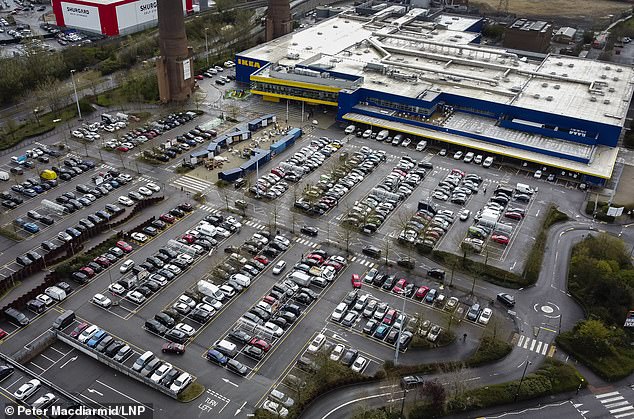 Shoppers vehicles fill the car park at Ikea in Croydon, south London, as it opens after lockdown 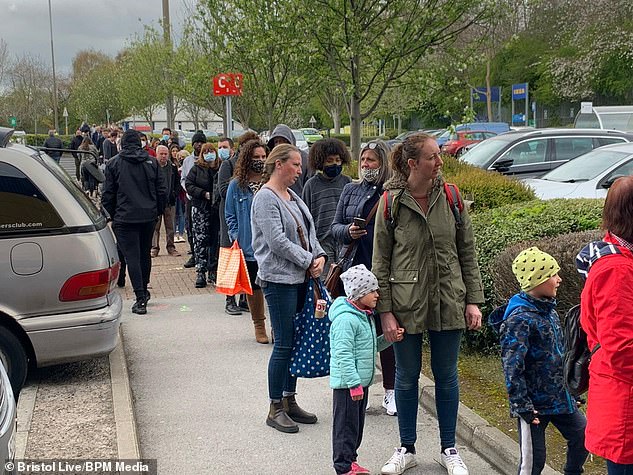 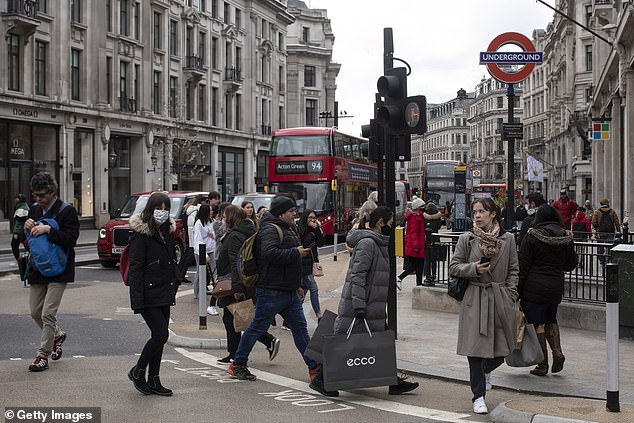 ‘Our research shows 2.3m leisure trip were planned with many packing up their cars for a late Easter staycation while others are just keen to do some non-essential shopping, get a haircut, go to the gym or see some friends in a pub garden.

‘Over the coming week we expect to see drivers make more than 7m leisure trips.

‘And whatever people’s plans are, the car is almost certainly central to them with government statistics still showing a massive decline in public transport usage.

‘If drivers have not been using their vehicles much in recent months, we encourage them to check their tyre pressures as well as their oil and coolant levels to reduce the chances of a breakdown before they head back onto the roads.’ 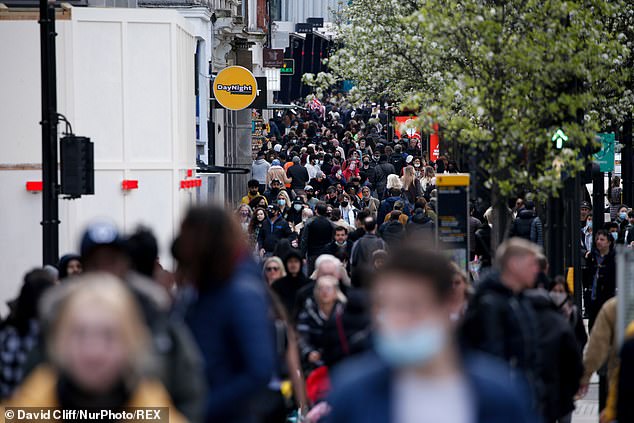 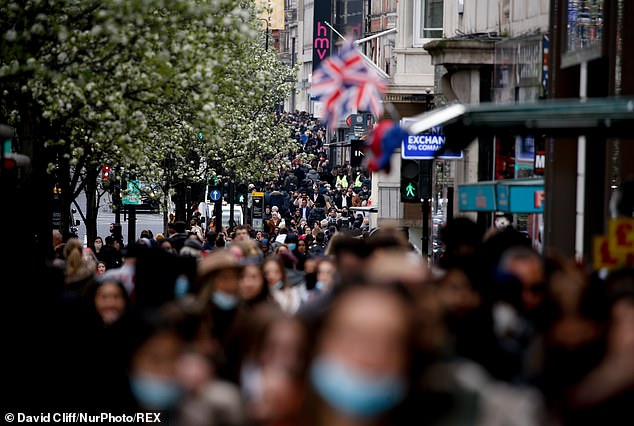 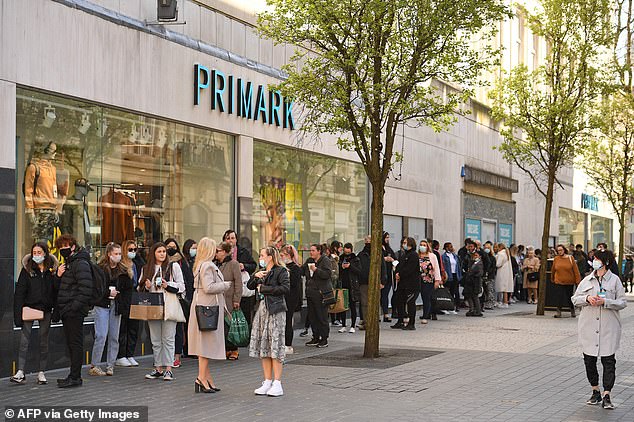 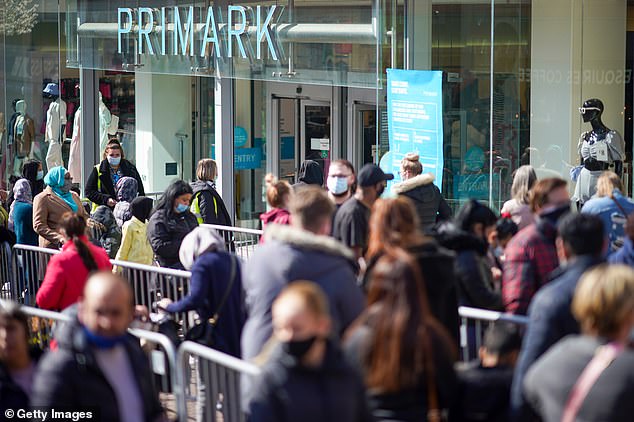 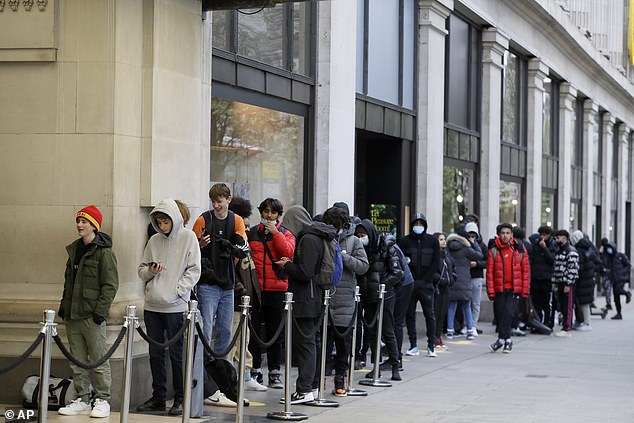 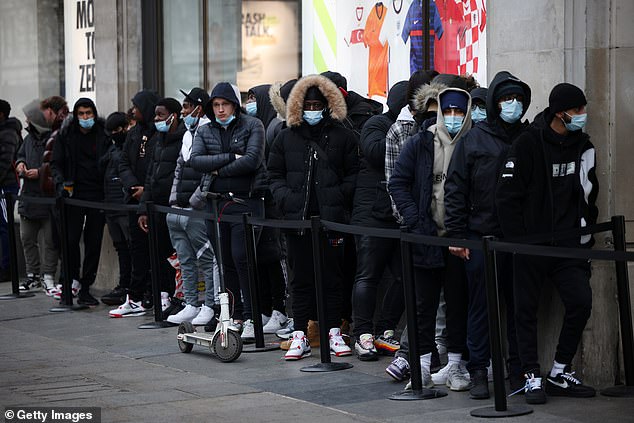 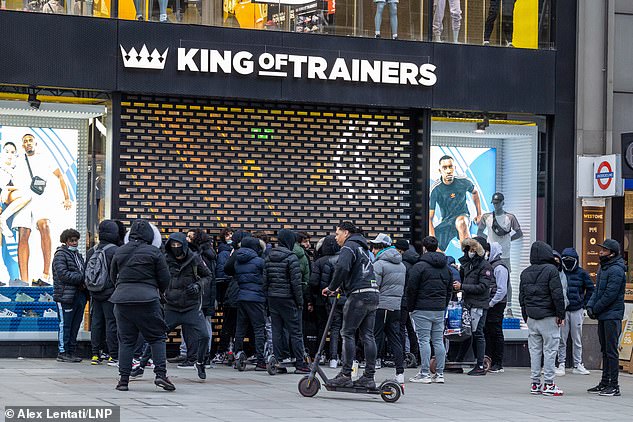 What can you do from today?

Road journeys in London at 8am on Monday took an average of 42% longer compared with free-flow conditions, according to location technology firm TomTom.

That is up from 32% at that time on April 6, the first working day of last week.

Stephanie Leonard, head of traffic innovation and policy at TomTom, commented: ‘This morning’s data shows a significant increase in traffic congestion on the roads, a sign that Covid-19 rules have eased across England.

‘This could demonstrate that while we are slowly beginning to return back to normality with non-essential retail opening, driving still remains the chosen choice of transport as we continue to navigate through the pandemic.’

Transport for London said demand for Tube and bus travel from the start of service until 10am on Monday was up 18 per cent and 15 per cent respectively compared with the same period last week.

The number of passengers using Tube stations near shopping centres such as Oxford Street and Westfield Stratford City between 11am and noon was up 125 per cent.

Footfall at all the UK’s retail destinations had risen 116 per cent by 3pm on Monday compared to the same time a week ago, according to figures from Springboard.

Train ticket retailer Trainline reported that bookings for travel this week are up 52% compared with last week, and 135% on the week beginning March 15.

The surge includes a rise in long-distance journeys.

Stations at beach destinations have seen some of the largest increases.

Journeys booked for peak weekday travel have also risen, suggesting more people are resuming their commute rather than working from home for the next few weeks and months.

Meanwhile, a fault with the signalling system caused disruption to all routes in and out of London Liverpool Street.

Pub and hospitality bosses have said they will ‘not get too excited’ despite pouring pints for customers for the first time in more than three months. 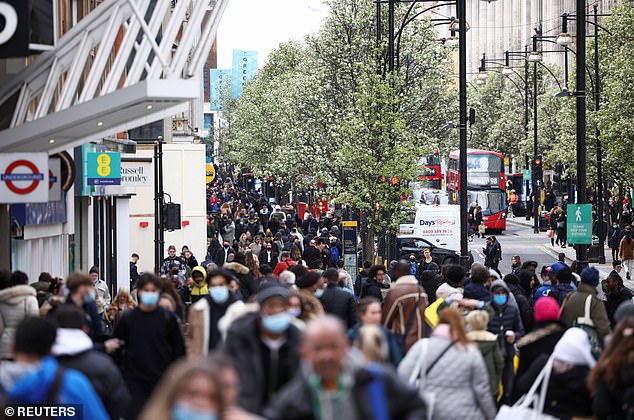 People walk at Oxford Street, as the coronavirus restrictions ease, in London, April 12 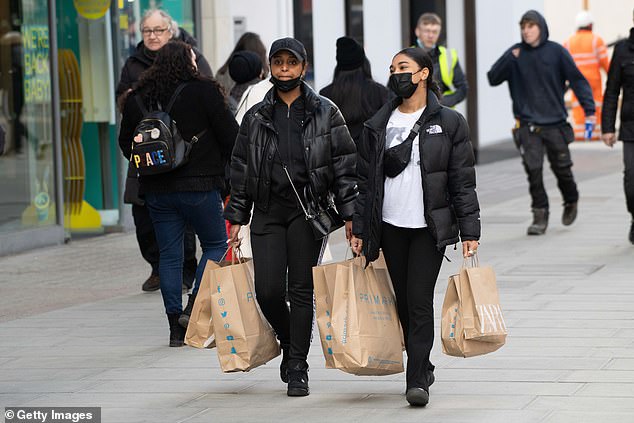 Industry leaders have called for caution, warning that the sector’s recovery will take a long time, while more than half of venues remain shut due to ongoing restrictions.

Around 38 per cent of licensed premises in the UK have the outdoor space needed to reopen today, according to figures from CGA and Alix Partners.

Patrick Dardis, chief executive of Young’s, said the London-based pub group is still awaiting the next dates on the Government’s road map despite reopening around 140 pubs.

‘Today is just a very small step towards getting our business back to anywhere near viability,’ he said.

‘However, let’s not get too excited as we still cannot serve indoors. Even on May 17, we will not be trading anywhere near normal.’

He said ‘we will get our lives back’ when the final phase of the road map takes place and all restrictions on trading are eased, putting pressure on the Government to stick to its schedule.

Mr Dardis said: ‘The key day for UK pubs, restaurants, the economy and jobs is ‘Freedom Day’ on June 21.

‘What is for sure, we need the Prime Minister to honour his commitment to the nation to ensure that June 21 is indeed ‘Freedom Day’.

‘He must not be allowed to backtrack on that commitment.’

Roger Wade, founder and chief executive of Boxpark, said he was pleased to reopen sites but was critical of the decision to keep indoor hospitality shut and said more financial support may be needed for the sector.

He said: ‘Despite the difficult times our resilient industry has endured, we have remained optimistic and used this time to focus on progressing our future plans, as well as doing what we can to improve our current offering and visitor experience.

‘While it’s great to be opening our doors for the first time in months, the reopening of hospitality has been delayed for far too long – and it seems nonsensical to reopen non-essential shops before hospitality businesses can serve customers indoors.’

NCAA Colleges And Universities Need To Behave More Like Members And Less Like Shareholders
Brain Hacks to Boost Motivation and Beat the Work From Home Blues
Revealed: The Artist Collection from Wayne Goss
'High status' Roman villa and bath house found in England
Remembering “Solyndra” – How Many $570M Green Energy Failures Are Hidden Inside Biden’s Infrastructu...
How Many Days Are Enough for a Tour of Istanbul?
What is the easiest way to start trading?
Inside Russia's military build-up along the Ukraine border
Creative Ways to Burn More Calories Throughout the DayPick the Brain
This $11 Virtual Copywriting Course Is an Easy Way for Entrepreneurs to Create Great Content Without...
Share
Advertisement