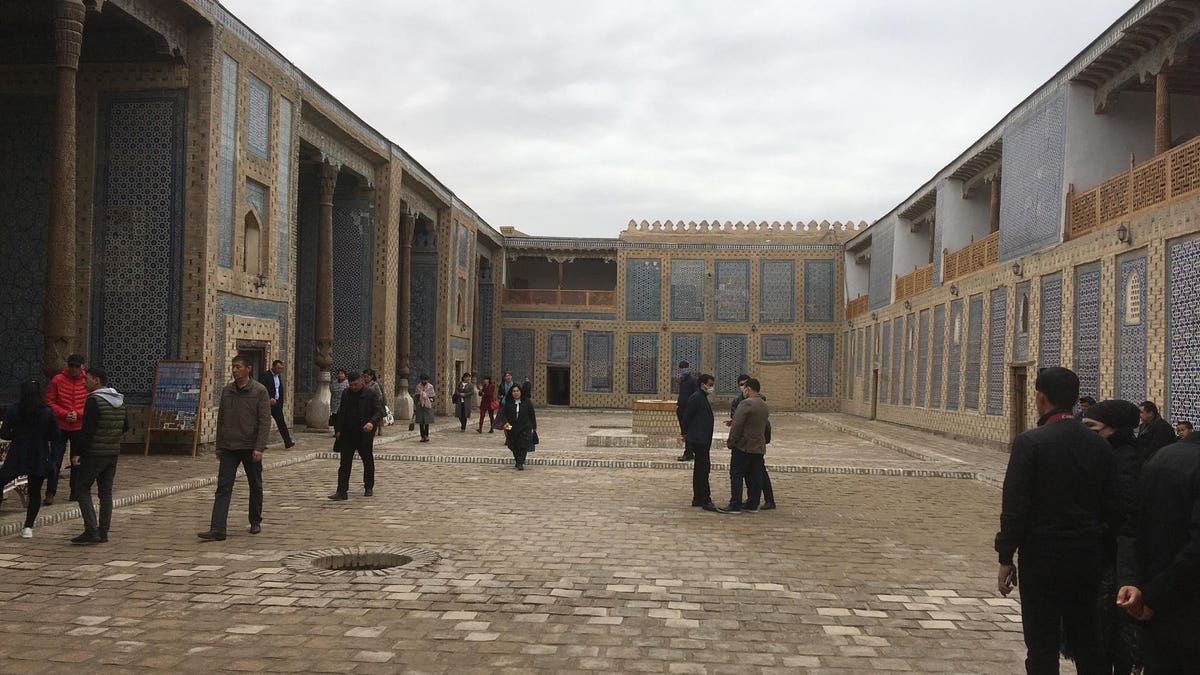 Central Asia is up for grabs for the first time in almost 200 years and Uzbekistan is the region’s pivot. That is to say, a real chance exists for the Silk Road countries, aka the ‘Stans, to fulfill their own destiny undiverted by outside powers. But that chance may not be a strong one, may indeed falter, unless all the regional and global forces align.

Why should we in the West care? First and foremost, as we’ve found to our cost, instability in Afghanistan can swiftly become a threat to our own future. The last two decades spent containing the Islamist bogey we can count as virtually lost decades in which global rivals expanded to pose a serious danger – Russia in Europe and China in the Pacific. Afghanistan can be weaponized again anytime. Also, any power that dominates Central Asia has access, even exclusive access, to cheap raw materials from oil and gas to gold and uranium. The region can be bottled up at either end between Iran and Pakistan, as it effectively has been in the post-Soviet era.

The ensuing adjustment of global power balances would allow Iran to pursue its offensive posture in its neighborhood – including nukes – while Chinese currency would steadily replace the dollar in the entire area. Here, too, is an article that concisely adumbrates how Beijing regards the zone as crucial to its survival and global strategy. “This is China’s underbelly,” it says, and quotes a top Chinese official asserting that “any western pressure here ‘has a more far-reaching influence on us’ than the American presence in the Pacific.”

As for Russia, so pervasive is its presence that it almost doesn’t need detailing but the briefest deeper history will explain Moscow’s abiding shadow over the region. Starting in the early 1800s it has been the prevailing hegemon. Throughout the 19th century, the Czars waged a long attritional campaign against the British Empire in Central Asia known as the Great Game. The Brits were terrified of Czarist designs on their rule of India. Afghanistan acted as the buffer while Russia overtook everything to that dividing line under the rubric of Russian Turkestan. The nation-state ‘Stans as we know them now did not exist. The Soviet system created them, but the Czars already dominated the territory. For a brief moment from the Russian Revolution until 1923, the area rebelled and got a taste of independence as did so many countries before falling to the Red Army’s slaughterous advance. Almost 70 years later in 1991 the Silk Road republics did shake off Moscow’s yoke.

But only after a fashion. True independence means complete control over one’s national destiny and the constituent countries of the region have yet to find their proper direction. Kazakhstan looked good for a while but seems locked into a dynastic model with all the problems that entails. Kyrgyzstan stumbles from one crisis to the next. Tajikistan, the smallest of the republics in size and population, is probably the most dependent for its precarious stability on the patronage of Russia and China. About Turkmenistan… the less said the better. Russian troops still have a footprint in most ‘Stans either on bases or along borders. As for China, here is a useful article by a reputable organization (The Oxus Society For Central Asian Affairs) that focuses on the region entitled “Chinese Business In Central Asia: How Crony Capitalism Is Eroding Justice”.

The essay’s central argument is that Beijing’s renowned Belt And Road Initiative through Central Asia threatens to perpetuate corrupt elites by enriching them in return for national assets:

Chinese companies currently own a quarter of Kazakhstan’s oil production and account for well over half of Turkmenistan’s gas exports. These interests extend far beyond oil and gas in wholesale trade zones, agricultural land use, and the relocation of old factories from China to the region. China’s state Eximbank is the largest single creditor for Tajikistan and Kyrgyzstan, respectively holding 49 and 36 per cent of their government debt.

In this bleak landscape, the only ray of hope for the future comes from Uzbekistan. After some 25 years of iron-fisted post-Soviet rule by the former leader Islam Karimov, the country has opened up and blossomed at a startling rate. The changes in the last four years since the new President Shavkat Mirziyoyev took over are utterly jaw-dropping. I have written two columns about the contrast between the virtually North Korean-style former regime and the new one but in my most recent visit to Uzbekistan in March, the physical evidence of it was writ large everywhere. One realizes that this is very much an Asian country visibly pursuing the economically successful models of the continent such as Singapore or Malaysia or India but with strong environmental and historical criteria added. All the avenues in large Uzbek cities and the buildings alongside are intimidatingly clean and renovated. The historical sites too – the country is magnificently strewn with them not unlike Venice. Legendary urban centers such as Samarkand and Bokhara have embarked on massive modern developments in the suburbs painstakingly planned not to mar the historic centers or the environment. (In sharp contrast to, say, Turkey where glossy new buildings erupt at the expense of forests and shorelines and ancient spaces.)

Remarkably, for a country in the region or in any region, people seem to be notably optimistic about their condition. Starting from Turkey through Iran and all the way out to Pakistan and beyond, if you give them a chance, locals will complain volubly and at length about the government. In contrast, all the Uzbeks I personally polled (at home and abroad) seemed unusually free of rancor toward their country. This may be partly due to the historical moment: end of long siege-mentality regime and everything to look forward to. No doubt, the first ten years of Nazarbayev’s rule in Kazakhstan felt the same. But without question Uzbek optimism is well-founded and based on concrete measures taken by the government. It helps hugely, for example, that citizens feel constantly included regarding the shape and direction of the state as it thaws towards its own organic version of democracy. Rather uniquely, Uzbekistan has forged a novel form of interactive bureaucracy by creating a network of ‘consultation centers’ in both urban and rural areas where the public can walk in and complain about injustices or attend meetings somewhat akin to neighborhood planning committees in the west. Where abuses remain uncorrected the populace spreads the word by social media – a form unmuzzled by the state (in contrast to Russia or China).

It’s massively important that Uzbek state institutions permit and absorb freedoms at a very deliberate pace and certainly not ahead of conservative chunks of public opinion. Too much westernization too quickly can raise the ire of powerful neighbors too, whether it be Russia, China, Iran or the Taliban. The tragic example of Tbilisi during the Saakashvili years looms large in any such national efflorescence. Doing all the right things in the area of human rights, free speech and the economy counts little in the end if you offend neighboring powers enough that they intervene to stoke separatism or disaffection as happened in Georgia. Uzbek President Mirziyoyev very wisely spent his first year or two visiting and mending fences with surrounding countries. He set out to bind the Silk Road countries closer together to create a kind of trading bloc. He surely calculates that destabilizing an entire bloc is harder to do than a single country. Meanwhile, he has encouraged investment in Uzbekistan from far and wide, including Europe and the US, so that global funds have a stake in the country’s solid footing and will help keep it secure. That way the path to the world doesn’t run exclusively through Moscow or Beijing or any other power that can leverage a group of oligarchs or dynasts or Imams over the populace.

What we are seeing in Uzbekistan is another instance of a country trying to break the rule that geography is destiny, while striving for freedom and independence in the shadow of giant hegemonic forces. The West has a duty to make sure it succeeds, not least because we have consistently failed since the Cold War to support such allies. And each failure inevitably leads to more bullying as Russia bullying Georgia inevitably led to Russia bullying Ukraine. Conversely, when big powers are looking over their shoulder, they hesitate to mess with what’s in front of them. If we’re looking for an easy fix to the challenges over Ukraine or Taiwan, we cannot afford to neglect Uzbekistan.