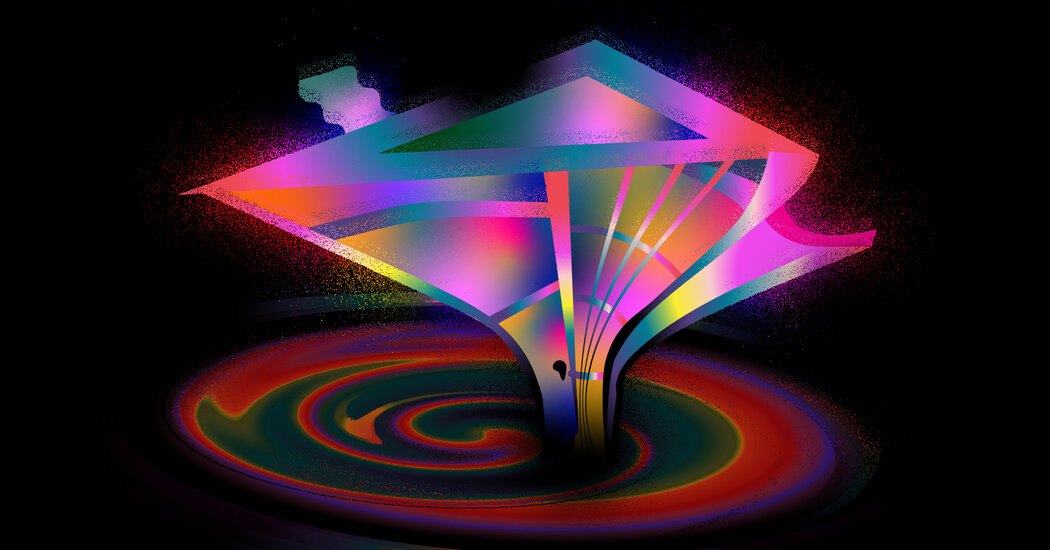 Airbnb promised to turn homeowners into entrepreneurs, a vacation spot into a home and a company into a family.

Then the pandemic froze travel, Airbnb’s sales dried up and it fired a quarter of its workers. Some employees felt betrayed by a company that said it was more than dollars and cents, my colleague Erin Griffith wrote on Friday.

Erin talked to me about Airbnb’s crisis, and how the coronavirus-related economic downturn is changing the fortunes and perception of start-ups that have known only good times.

Shira: Companies have laid off tens of millions of Americans, and most of them didn’t get the generous severance that Airbnb offered. Why write about it?

Erin: A job is never just a job in Silicon Valley. One way start-ups get employees to work long hours is by selling the idea that their identity is wrapped up in the company. Airbnb was a company of true believers — the “Airfam.” But the layoffs made some employees question their belief in the entire mission.

Many companies in the broader economy try to imitate the tech-style high-minded work culture, and we can see now that this can backfire. If a company says it’s a “family” and not a purely profit-minded business, employees hold them to it.

How does a travel company manage when far fewer people are traveling?

Airbnb cut back on anything it could — experiments with airline flights, luxury home rentals and a print magazine. It slashed marketing. Airbnb is emphasizing rural vacations that people can book within a day’s drive, long-term rentals and “virtual” events.

But none of it can make up for billions of dollars in cancellations, nor the international and business travelers that Airbnb is losing. Rental bookings have bounced back a bit, but not growing for a start-up is basically the same as dying.

Is this the first time Airbnb has been tested?

It is certainly the first time Airbnb, Uber and a bunch of other start-ups that were founded during the last financial crisis will face an economic downturn.

That’s affecting how these companies see themselves, and how they’re perceived by employees and all of us. They’re going to have to figure out if the secret sauce that made them successful can get them through whatever we’ll deal with in the next couple of years.

How will we look back on the 2010s boom of tech start-ups like Airbnb and Uber?

It’s not going to be a clean win nor a dramatic dotcom-style crash where start-ups disappear. There are smart ideas behind many of these companies, seemingly endless money to fund them, and technology is infusing into every sector of the economy.

But it’s arguable whether the start-up stars have delivered on the promise. There has been a lot of bad behavior, dumb ideas and shoddy companies. And there is more questioning now about whether all technological “disruption” is an automatic good. We have learned about consequences to cheap car rides or getting package deliveries at home the next day.

(Full disclosure: My sister works for a hotel workers’ union that has advocated for tighter regulation of Airbnb. We have not discussed how the company has dealt with its employees during the pandemic.)

Why Netflix is king

(Not) a news flash: People really love Netflix. As my colleague Ed Lee wrote, a surge of people have signed up to have Netflix as a welcome distraction while they are stuck at home during the pandemic, even as there are more home entertainment alternatives.

So why does Netflix remain the unquestioned leader? There’s no simple answer, but I wonder if one explanation is that Netflix has a different philosophical approach to appealing to you and me.

Netflix likes to say that its biggest rival is our limited time. “We compete with sleep,” is how Netflix executives talk about it. This is one of those hogwash lines from corporate suits, but I think there’s a glimmer of truth in there.

Companies like Netflix that sell services rather than a physical product aren’t convincing us to buy one brand of car or floor lamp versus another. They need to make us believe that watching Netflix, attending a concert or eating at a restaurant is worth our time. (And yes, also our money.)

It’s a subtle but still profoundly different orientation to make a service so appealing that we need to fit it into our lives.

That means a company must always consider why you should spend 30 minutes with their service and not washing the dishes, calling your mother or reading a book.

Sure, some of you probably like the Netflix shows or movies and the buffet of stuff to watch. I’ve written before that Netflix makes things easy for us, which is an underappreciated feature in technology. Netflix also has a head start on other streaming options, and our habits can be hard to break. (I’ve been using the same brand of toothpaste since childhood.)

But let’s not overlook that time is a precious asset, and Netflix knows that.

“I think any time you can see a butter princess sculpted out of butter is a good day.” The Minnesota State Fair each year features a sculptor carving busts of state dairy princesses from blocks of butter. This year, we can (AND SHOULD) watch it online.