Boris Johnson has told MPs he shares “widespread concern” about the Greensill controversy – and questioned whether “boundaries” between top civil servants and businesses had been “properly understood”.

The prime minister faced repeated quizzing by MPs about the lobbying row that has engulfed his predecessor David Cameron and also dragged in former and current government ministers and officials.

Labour leader Sir Keir Starmer used Prime Minister’s Questions to accuse Mr Johnson of overseeing the “return of Tory sleaze”, while he also suggested Ted Hastings and his anti-corruption policing unit – from TV’s Line Of Duty – were “needed to get to the bottom of this one”.

The Greensill row has deepened after it emerged the former head of Whitehall procurement became an adviser to Greensill Capital while still working as a civil servant, in a move approved by the Cabinet Office.

Mr Johnson told the Commons he shares the “widespread concern about some of the stuff that we’re reading at the moment”, and that Cabinet Secretary Simon Case also has concerns.

“I do think it is a good idea in principle that top civil servants should be able to engage with business and should have experience of the private sector,” he said.

“When I look at the accounts I’m reading to date, it’s not clear that those boundaries had been properly understood and I’ve asked for a proper independent review of the arrangements that we have to be conducted by Nigel Boardman, and he will be reporting in June.”

The prime minister has ordered a review into the activities of the now-collapsed Greensill Capital, having previously said he has given top lawyer Nigel Boardman “carte blanche to ask anybody whatever he needs”.

But Labour have pushed for a wider inquiry into lobbying.

Sir Keir claimed at PMQs that Mr Boardman’s review “isn’t even looking at the lobbying rules”, adding: “I’m not sure it’s looking at very much at all because every day there’s further evidence of the sleaze that’s now at the heart of this Conservative government.”

He suggested there was a “revolving door, indeed an open door” between the government and paid lobbyists.

The prime minister said the Conservatives had been “consistently tough on lobbying” and highlighted the introduction of new lobbying laws by Mr Cameron in 2014.

“We put in a register for lobbyists and there’s one party that actually voted to repeal the 2014 Lobbying Act and that was the Labour Party in their historic 2019 election manifesto,” Mr Johnson added.

But Sir Keir countered that Labour had said the legislation “wouldn’t be tough enough”.

He added: “And where did that legislation lead? Two years later, David Cameron camping out in a Saudi desert with Lex Greensill having a cup of tea. I rest my case in relation to that legislation.”

Cameron to Sunak: Who’s who in Greensill controversy

Mr Johnson asked Sir Keir to encourage New Labour architect Lord Mandelson – who is reportedly advising the Labour leader – to “disclose his other clients” of his advisory firm Global Counsel Limited “in the interest of full transparency”.

Later, asked when he had last spoken to Mr Cameron, the prime minister told Labour MP Ruth Cadbury he “cannot remember when I last spoke to Dave”.

But he added: “If she wants to know whether I had any contact with him about any of the matters that have been in the press, the answer is no.” 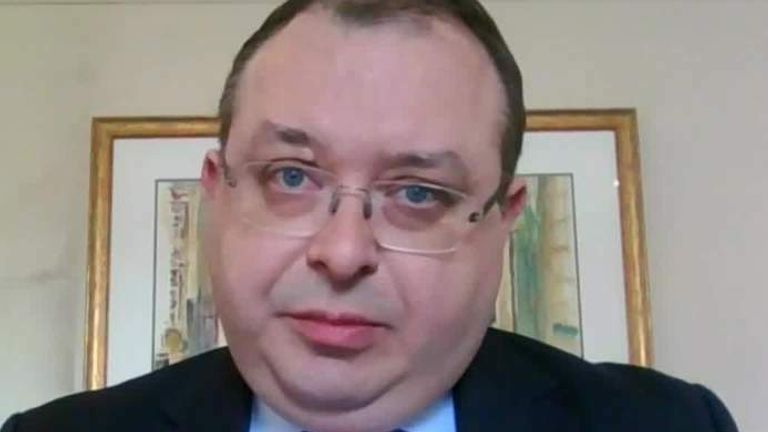 Mr Cameron, who was employed by Mr Greensill in 2018 after he had left Downing Street, has been revealed to have approached serving ministers about the involvement of Greensill Capital in government-backed financial support schemes during the coronavirus crisis.

Mr Cameron also had a drink with Health Secretary Matt Hancock, also attended by Mr Greensill, at which they are reported to have discussed a payment scheme later rolled out in the NHS.

Covid Vs Coal: Has The Pandemic Accelerated Europe’s Green Energy Transition?
China admits its Covid jabs are not very effective in major blow to global health battle
Online Scammers Have a New Offer for You: Vaccine Cards
How to Express Your Creative Streak at Work
Postcards from a royal globe-trotter: A look back at Prince Philip's life in pictures
Texas Senate Passes Transgender Sports Ban, Putting State’s NCAA Championships In Doubt
Why ‘Godzilla Vs. Kong’ Has Already Made Box Office History Just By Being A Hit
Everything You Need to Know About Smart Home Technology
1 Thing You Should Know About Our Uncertain Reality
50% of US adults expected to have at least one jab by end of this week
Share
Advertisement