The Foreign Office has summoned the Russian ambassador over concerns of “a pattern of malign behaviour”, as the US announced sanctions against Moscow.

Cyber intrusions, interference in democratic processes and the build-up of military forces near the Ukrainian border and in illegally annexed Crimea were among the reasons the Foreign Office said it had summoned Andrei Kelin.

On Thursday, Joe Biden said he was imposing sanctions on Russia for interference in the 2020 presidential election and a cyberattack on the American government and corporate networks.

The US formally named Russia’s foreign intelligence service as the perpetrator of the SolarWinds cyberattack last year in which more than 40 US government organisations, including federal agencies, and those with government contracts were hacked.

Some of the victims were outside the US, including in the UK, Belgium, Canada, Israel, Mexico, Spain and the UAE.

“The UK government is deeply concerned about a pattern of malign behaviour by the Russian state,” he added.

More from Foreign And Commonwealth Office

Sir Philip told the Russian ambassador the UK has also assessed the Russian Intelligence Services “were behind the SolarWinds compromise”.

The FCDO said the impact in the UK had been assessed by the National Cyber Security Centre (NCSC) – part of GCHQ – as “low” with a “low single-digit number” of public sector bodies having been targeted.

It said the government had been working with the affected organisations to ensure they were “rapidly mitigated”. 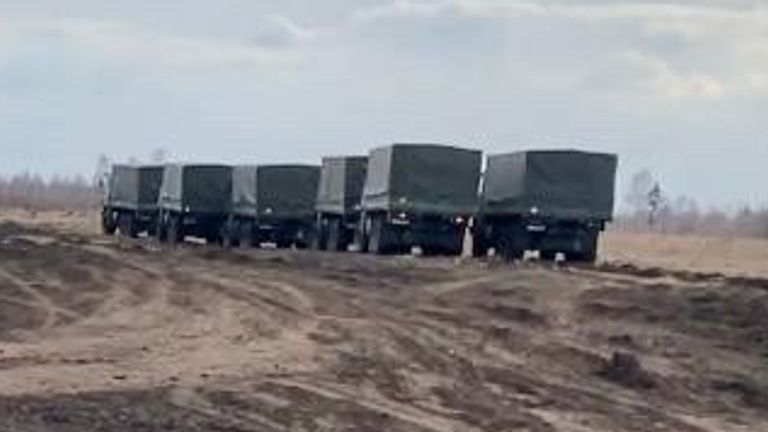 Sir Philip also told Mr Kelin the UK will “continue to work with our allies to call out and counter malign operations by the Russian Intelligence Services”.

“Sir Philip also stated the UK’s concern at the build-up of Russian military forces near the Ukrainian border and illegally-annexed Crimea,” the FCDO spokesman said.

“These activities are threatening and destabilising. Russia needs to cease its provocations and de-escalate tensions in line with its international obligations.”

Foreign Secretary Dominic Raab said the UK and US were determined to stand together against Russia’s “malign behaviour”.

“We see what Russia is doing to undermine our democracies,” he said.

Ten Russian embassy staff are being expelled by the US as part of the executive order, including Russian intelligence members.

Thirty-two entities and individuals were also sanctioned for “carrying out Russian government-directed attempts to influence the 2020 US presidential elections, and other acts of disinformation and interference”, the US Treasury said.

Mr Biden’s administration said it is also “responding to reports that Russia encouraged Taliban attacks against US and coalition personnel in Afghanistan”.

An official said US intelligence agencies had “low to moderate confidence” in reports Russia offered to pay bounties for dead American troops.

Russia’s foreign ministry summoned US ambassador John Sullivan to its Moscow offices less than an hour after the sanctions were announced.

Maria Zakharova, the Russian foreign ministry’s spokeswoman, said Russia would give “a decisive rebuff” to the “aggressive behaviour” by the US.

A dreamer is one who can only find his way by moonlight, and his punishment is that he sees the dawn before the rest of the world.
Oscar Wilde
Advertisement

By continuing to use the site, you agree to the use of cookies. More information