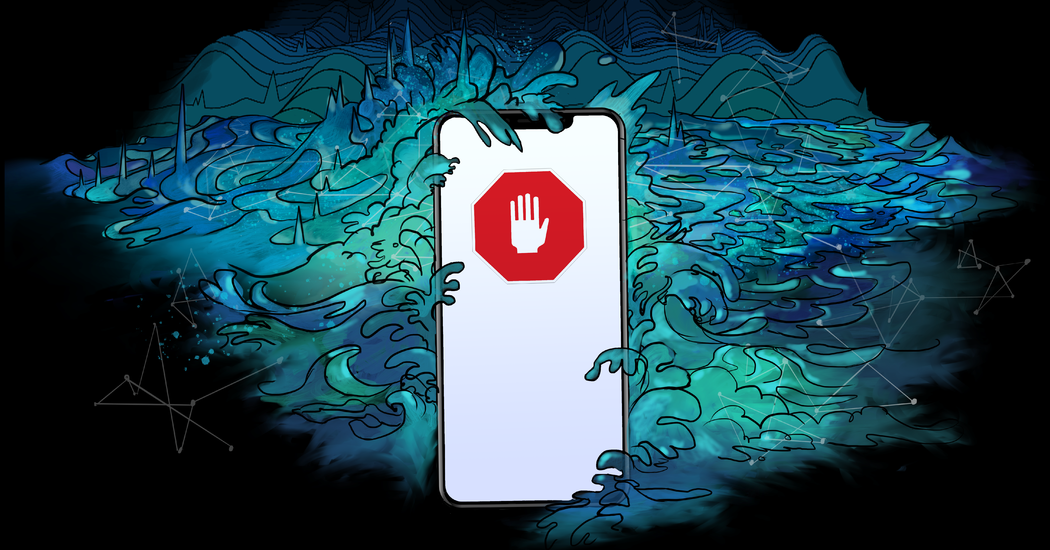 Let’s list some anxieties about digital life: We’re being tracked all the time. Internet superpowers hold sway over what information we see and what we buy. Our sensitive information keeps getting hacked.

There’s no simple fix for these complex worries. But there’s a step that works toward addressing them all: Americans deserve a national limit on the information companies collect about us.

If you want to focus on one broad approach to tackle many of our internet horribles, remember this motto: Just collect less data, period.

Companies want to harvest as much data about us as possible because — well, why wouldn’t they? More information could help them target advertisements at us, track high-traffic areas in stores or show us more dog videos to keep us on their site longer.

For the companies, there’s no downside to limitless data collection, and there’s little to prevent them from doing so in the United States.

Why should we care? Fair question. (My Opinion section colleagues tackled this in their Privacy Project series.) Personally, I feel icky knowing that political campaigns can buy data showing who attends church, and that the Internal Revenue Service bought bulk records of people’s locations to (ineffectively) hunt for financial criminals. When there’s an arms race for our personal data, we lose control over where our information winds up and how it’s used.

And I can’t shake what my colleague Paul Mozur said about digital surveillance in Hong Kong. For people to feel free, he told me, we need to know that we’re not always being watched. On some level, I’d bet that goes for Facebook and our television sets just as it does for governments.

Data also consolidates power. If you worry about Google, Facebook and Amazon having too much influence, you should be aware that at the root of their power is control over reams of information on where we go, what we do and what we like.

Competitors then do icky things to play catch up, like buying information from data-harvesting companies. The digital economy is a game of data intrusion one-upmanship.

When we and elected officials try to fight this, our efforts are often too myopic. Data privacy regulation and legislation has focused on requiring disclosure of data-targeted political advertisements, making privacy policies more clear, or forcing companies to show their digital dossiers on us.

Fine, those are pragmatic steps. Better still is to step back to the underlying problem: All companies collect too much data about us in the first place.

I recognize that the devil is in the details, and I’m not offering that. (I’ll work on it. My Opinion colleagues had suggestions for lawmakers and regulators.) Senator Sherrod Brown, a Democrat from Ohio, released a draft privacy bill last month that proposed companies collect information only when it’s “strictly necessary.” Senator Josh Hawley, a Republican from Missouri, introduced a relatively similar proposal last year.

They weren’t the first to try for a sweeping federal privacy law, and they probably won’t be the last to fail. But I’m glad they’re trying to coalesce us around a big idea: Unrestricted harvesting of personal data has gone too far.

In praise of unflashy technology

While I was reporting an article last year about expanding internet access in parts of Africa, no one wanted to talk about hot air balloons that transmit the internet.

Instead, people couldn’t stop praising metal poles that made it far easier and cheaper to bring internet connections to places where conventional cellphone towers weren’t a good option.

It was a useful reminder to me that sometimes the biggest innovations are the ones we never notice.

David M. Perry, a journalist and academic adviser at the University of Minnesota, wrote in The New York Times this week about how spell-check, smartphone voice control and other technology we take for granted can be life changing for people with disabilities.

“Disability technology can be so quotidian that nondisabled users don’t even notice,” Perry wrote.

To be fair, things like voice-activated helpers were marvels when they were first introduced, and now we’ve gotten used to them. And we do still want people to think big. Modern smartphones are an example of a flashy technology that really did change everything.

But what Perry highlighted is that we sometimes fixate too much on big-bang technologies that turn out to be impractical — driverless cars, to pick one example — or are trying to solve problems that people don’t really have, at the expense of lower-tech ideas that can be magical.

Perry said, for example, that there are constantly ideas to replace the white canes used by people with vision impairments, and blind people think the canes are great as is. (Here are some more boring but important technologies.)

Remember that when you get excited about drones that deliver library books, all-seeing shopping carts or whatever flashy thing that makes us think, “Cool!” Sometimes the stuff that draws the most attention will never work, and the seemingly simple stuff has the biggest impact.

A simple but beautiful idea: This website drops you in on a view from someone else’s window.

Elon Musk's girlfriend Grimes shares video of her latest inking of 'beautiful alien scars'
How To Quickly Start And Scale Your Business
Las Vegas is set to come out of Covid-19 better than ever
Alibaba Fine Puts Issue To Rest, Ant Group Becomes A Financial Holding Company
Why New England Patriots Great Julian Edelman Is Not A Hall Of Fame Player — And It’s Not Even Close
Schoolgirl, 9, died after severe allergic reaction to milk in a hot dog bun, inquest hears
The Man On The Street And The Layperson With Common Sense
Darktrace float to crystallise £20m stake for chief Gustafsson
BAFTA 2021 Film Awards: Nomadland leads the winners with FOUR prizes
How To Boost Work-Life Balance When Working Remotely
Share
Advertisement