Louis Heathcote produced arguably the greatest snooker shot in the history of the game last weekend when he somehow potted after cannoning the ball off of the jaws of the pocket.

During his World Championship qualifying clash with Ryan Day in Sheffield on Sunday, Heathcote appeared to be in a corner he could not get out of.

Winning 4-3 at the time, Heathcote found himself in the unenviable position of being snookered, positioned behind the black ball on the cushion. 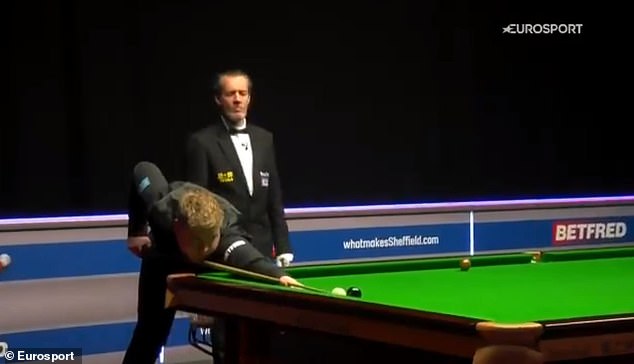 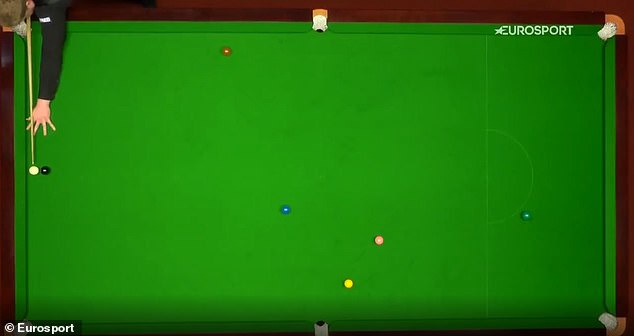 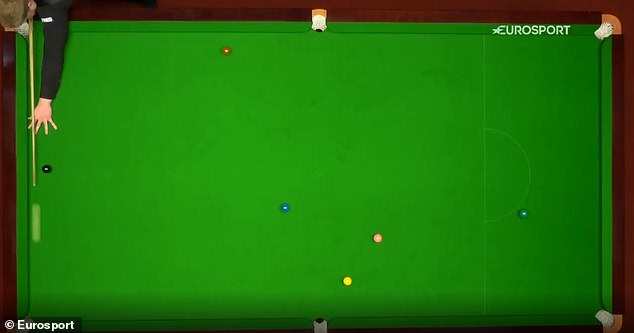 After weighing up his options, Heathcote let fly towards the pocket directly along the bottom 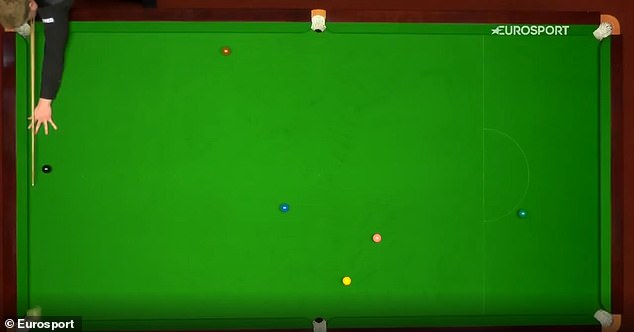 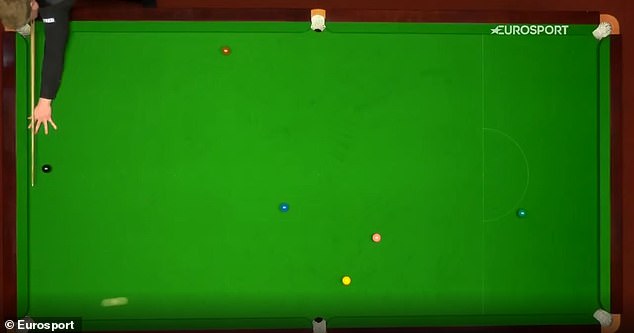 After hitting the jaws of the pocket, the cue ball then shot out at an almost 90 degree angle 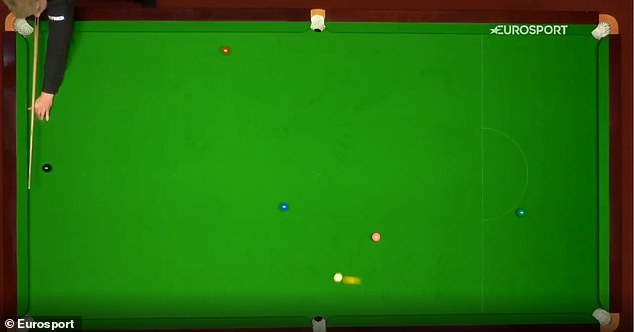 Somehow, the cue ball struck the yellow ball and spared him a penalty in the tense qualifier 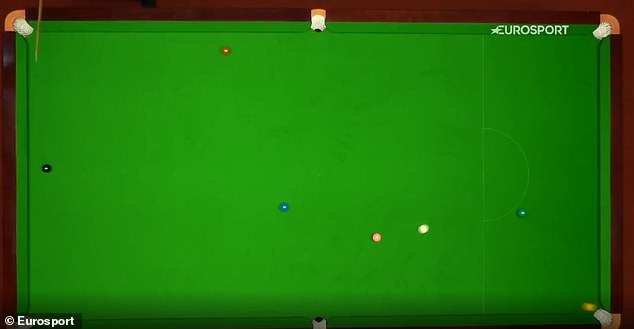 🗣 “One of the most extraordinary shots in snooker history!”
🗣 “I can’t believe it”

With very little room to dig himself out of the problem, Heathcote weighed up his options.

The white ball was positioned so tight to the black ball that any shot posed a serious problem.

But, disregarding a potential penalty, Heathcote let fly towards the pocket directly along the bottom cushion of the table.

Miraculously the ball smashed into the jaws of the bottom right pocket and shot out at an almost 90 degree angle.

Somehow, not only did the white strike the yellow ball and spare him a penalty, it also cannoned the yellow into pocket to provide Heathcote with a miraculous escape. 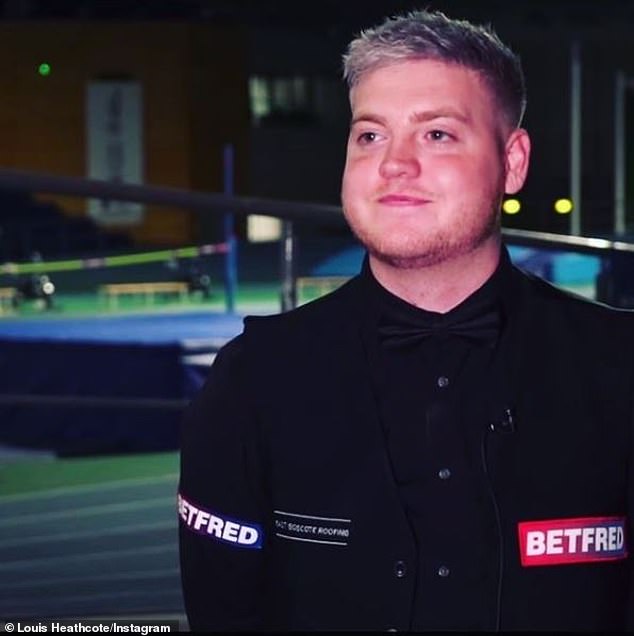 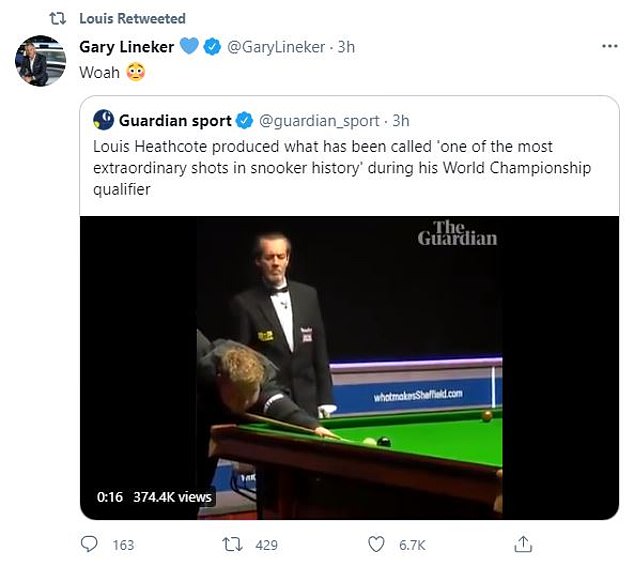 After pulling off one of snooker’s greatest shots, Heathcote barely looked bothered when he potted. Surely he didn’t mean it?

He certainly appeared to suggest he did on Twitter, posting after the match: ‘Can’t believe everyone’s saying it was a fluke’.

Heathcote also retweeted Match of the Day host Gary Lineker, who simply posted ‘Woah’ in response to a video of the fortuitous shot.

Unfortunately he couldn’t build on the enormous slice of luck he received and failed to clear the colours in that frame, meaning Day could level the encounter at 4-4.

It was Day who then progressed to the next round, winning a nerve-racking final-frame decider to progress to the final stage of qualifying.

Fans wondered whether it was intentional by Heathcote, although must thought it was luck

Fans were left wondering whether or not it was intentional by Heathcote, although most claimed it was purely luck.

One Twitter user wrote: ‘Definitely a billion to one fluke, but I say, if a player plays a good shot to hit the ball, they deserve a bit of luck. He was definitely lucky’.

Another added: ‘No way could he have predicted the line the cue ball would have taken after rattling in the jaws. Although it was the played shot, it was a fluke he potted it.’

‘100 per cent fluke. Probably one in a million chance of happening!’, tweeted a fan while another said: ‘Would’ve been better if he meant to do it!’.

But in a poll ran by Eurosport UK’s Twitter account, in which 2,895 people voted, 52.8 per cent voted that he meant to pull off the shot leaving 47.2 per cent insisting it was a fluke.

23 Lessons for the Journey Called LifePick the Brain
BTS, Olivia Rodrigo, Lil Nas X And Bruno Mars: These Are The 10 Biggest Songs In The World
U.A.E. Sets Its Sights on Mars With Launch of Hope Orbiter
Use-of-force expert: Chauvin would know that Floyd was not resisting arrest
As The White House Holds A Chip-Shortage Meeting With Company Execs, Don’t Expect A Quick Fix
YouTube’s Factory Workers Are Angry
Great lessons from great men
3 Reasons Why You Should Consider Investing in a Stock Market Gainer
High Ticket Affiliate Accelerator Review. Does it Work?
The gentrification of Brixton 40 years on from the 1981 riots
Share
Advertisement