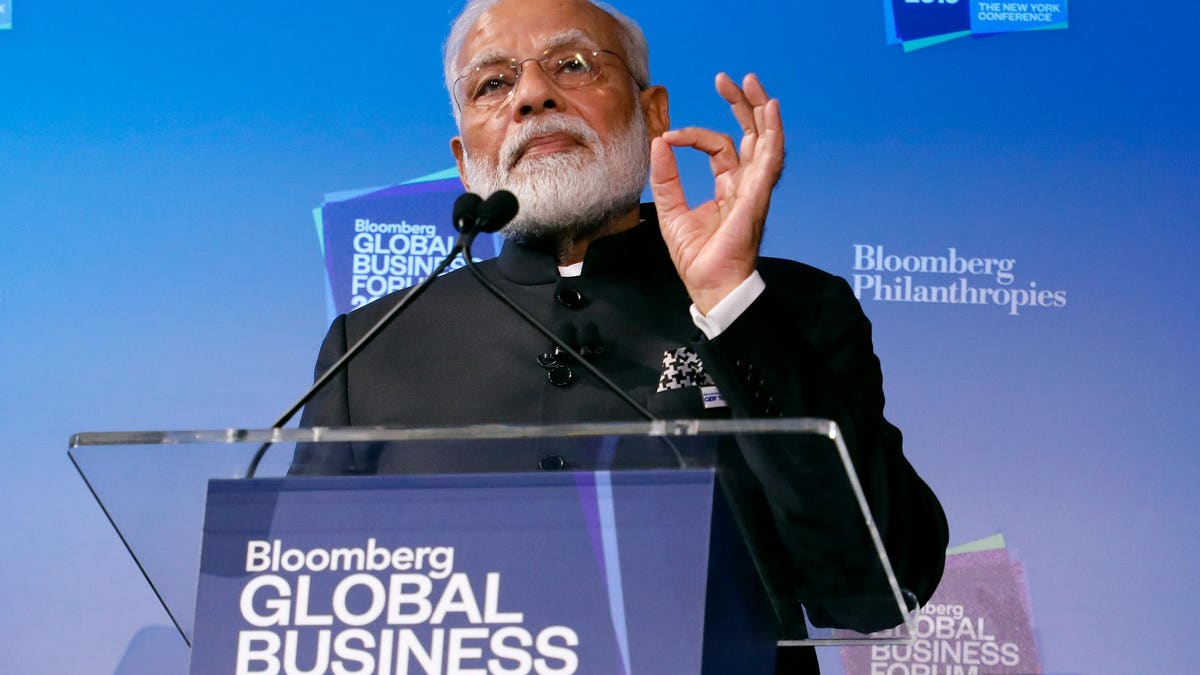 The path for a developing country to achieve sustained, elevated economic growth isn’t complicated: It requires a stable monetary base; a restrained tax code; easy-to-follow rules governing the ownership of private property; and a court system that fairly adjudicates the laws governing contracts that gives no undue preference to the narrow interests of the government or domestic businesses in order to attract foreign investment.

However, while it may not be complicated, these simple edicts can be difficult to achieve for many countries, as foreign companies investing in India have learned firsthand.

Indian Prime Minister Narendra Modi was swept into office in 2014 on a populist wave with a promise of boosting the country’s economic growth and ensuring that it benefits citizens across the income distribution.

In Modi’s initial years in office economic growth boomed: In his first three years growth increased each year, exceeding eight percent in 2016. However, since then it has tapered off, and in 2019 the Indian economy grew at just four percent.

The Indian economy has slowed down in part because its government has made it more difficult for foreign businesses to operate in India, and it has given short shrift to property rights.

These predilections have manifested themselves in numerous ways. For instance, India now requires financial service concerns that service Indian consumers to store that data within the country, which adds significantly to the cost of doing business in the country.

A couple months ago the Indian government announced that it would force social media companies to take down messages it deems contentious or threatens the “unity, integrity, defense, security or sovereignty” of the country, as defined by the government. The vagueness makes compliance difficult—which may be the intent, some speculate. The government has said it will jail these companies’ employees if they fail to comply with the law.

India is also making it difficult for companies to conduct simple transactions in the country. For instance, GE Capital’s Mauritius subsidiary was recently informed it had to pay a 40 percent capital gains tax it owed on a 2017 sale despite the fact that India and Mauritius have a tax agreement that allows companies operating in the two countries to avoid double taxation from each jurisdiction. The Indian court declared last month that GE Capital’s subsidiary was not, in fact, a bona fide Mauritius company despite that company’s protestations to the contrary.

Such actions have served to chill the appetite for foreign concerns to invest in the country, and recent law changes have only exacerbated this hesitancy. The U.S. State Department recently noted that while India has ostensibly increased the caps for foreign direct ownership in a variety of industries such as insurance, airlines, and single-brand retail, it still requires these companies to maintain “Indian management and control,” a broad term that gives the Indian government great latitude to exert control over a foreign-owned business.

It is no coincidence that the amount of foreign direct investment entering India the last few years has declined concomitantly with the decline in economic growth, as foreign companies become wary of placing big bets on the Indian economy now that success is dependent upon the whims of the government.

The last few years should have seen a boom in Indian FDI, given the decision by the U.S. and other countries to move their supply chains out of China and into other countries. However, despite India’s geopolitical connections with the U.S. government, multinationals have largely chosen to relocate elsewhere.

The hesitancy to move to India makes perfect sense: why would a company that’s relocating operations out of China, in large part because of its increasingly autocratic government, move to another country that’s apparently moving in a similar direction?

In India, government capriciousness can cost companies billions when they find the arrangement with the foreign concern inconvenient. For instance, in 2005 a company called Devas Multimedia entered into a contract with the commercial  arm of the Indian Space Research Organization involving satellite launches and a terrestrial broadband network, but the government arbitrarily canceled the investment a few years later, costing Devas its investments in India and future profits. It sued and won a billion dollar plus arbitration award, but the Indian government chose to ignore the binding arbitration verdict and—instead—it moved to liquidate the company and essentially obviate the award.

When the government cannot even countenance losing an arbitration ruling it portends a climate that will send a chill down the backs of foreign executives thinking about doing business in the country.

Foreign investment represents a way for developing countries to accelerate growth by importing foreign capital, intellectual capital, and management, with the result being a boost in the productivity of Indian labor. Ultimately, increasing productivity is the only way to permanently boost living standards.

This newfound neo-nationalism that’s inhibiting foreign capital and their operations in the country will serve to reduce India’s economic growth and constrain its ability to improve the standard of living of its 1.3 billion people. When a large proportion of those people are eking out a subsistence existence such a stance is both financially and morally indefensible.