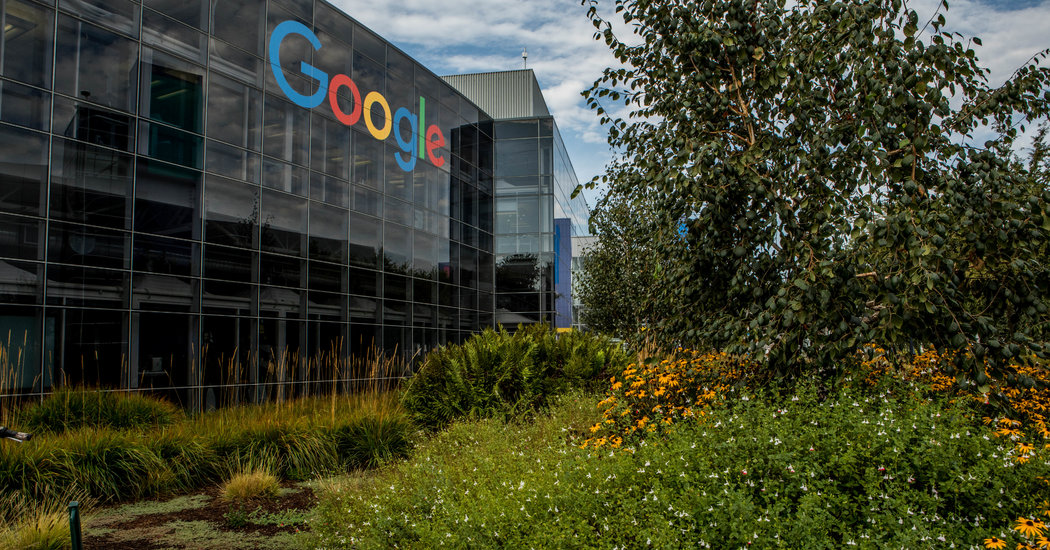 WASHINGTON — Google has largely stayed quiet about its conversations with federal investigators as the Justice Department has looked into whether the company abused its dominance of the online advertising market.

But a little-noticed 67-page document sent to Australian regulators in May by Google’s advisers may provide clues to how the Silicon Valley titan intends to beat back a legal challenge from the agency.

The crux of the company’s argument: Even though it accounts for almost 30 percent of spending in the global digital ad market, it does not control enough of the industry to overcharge its customers and box out its competitors.

Google has little incentive to squeeze advertisers on ad rates or publishers on fees, write the paper’s authors, a lawyer and an economist hired by the company. It has not built its system to give its own services an advantage, they say, and it competes with a wide range of other companies.

The document was filed to the Australian Competition and Consumer Commission as part of a study of the online ad market. The Australian study differs from the Justice Department investigation in multiple ways, in part because the intricacies of antitrust law vary by country. But the American investigators are said to be focused on Google’s ad technology as well.

Prosecutors at the agency are homing in on a case, with Attorney General William P. Barr expected to decide soon whether to sue Google. The prosecutors have been investigating the company for almost a year, talking to rivals in media, technology and advertising. A suit could also include accusations related to other parts of Google’s business like its search engine. Mr. Barr, who worked on antitrust issues as a corporate lawyer, has taken a personal interest in the investigation.

Officials in the Trump administration have persistently targeted Google and other large tech companies, claiming that platforms like YouTube, owned by Google, are slanted against conservative views. Politicians on the left have said the companies represent out-of-control corporate capitalism.

In addition to the Justice Department inquiry, a bipartisan group of state attorneys general is investigating Google. Last year, Texas, which is leading the group’s efforts, sent a demand for information to Google related to its ad tech business.

The inquiries concern a lucrative and complicated system, largely invisible to consumers, that connects the sellers of ad space with advertisers that want to buy it. When a reader clicks on an article on a news website, for example, numerous interconnected products can sell an ad on that page to the highest bidder, like a clothing brand or a carmaker.

Google controls products that aid in every step of that process, including the different pieces of software for advertisers and publishers that run auctions for ad space. Because publishers sometimes post their open ad space to multiple digital ad companies — including Google’s — the companies can compete with one another to see who can obtain the most money from an advertiser to use the slot.

Google’s critics say it has achieved a level of dominance in the ad tech market that makes fair competition impossible. They argue that Google has, in the past, been able to position itself as the final bidder against other ad tech providers, essentially giving its services an unfair advantage. And they say the company can now use its immense trove of data to get a leg up on other platforms, potentially allowing it to charge prices that are not competitive.

In the paper filed in Australia, Daniel Bitton, a partner at the law firm Axinn, Veltrop and Harkrider, which has represented Google for years in antitrust cases, and Stephen Lewis, an economic consultant, take on many of those criticisms.

The two argue that the company competes with a wide array of firms to run the market for ad space, including Amazon and lesser-known players like the Trade Desk. (Only one other company listed on a chart produced by the Google advisers also owns products servicing every part of the ad buying process: AT&T.)

Mr. Bitton and Mr. Lewis note that Google’s systems work with other companies’ products. And they argue that Google’s products have made the process of buying ads more efficient or offered strong alternatives for buyers and sellers. They denied that the company’s software gave it an inappropriate advantage over its competitors’ bids for ad space — and say the company made changes in recent years that make it impossible for its products to have the guaranteed final bid in an auction.

A Justice Department case could also focus on concerns about Google’s ad tech business beyond what is tackled in the Australia paper, like whether it charges unfair fees to publishers for helping them sell ad space.

The two authors also try to defuse the criticism with a broader argument: Google, they said, had no incentive to hurt publishers because content produced by third parties improved the quality of the results on its search engine.

Julie Tarallo McAlister, a Google spokeswoman, said in a statement that aggressive competition among ad tech companies had resulted in lower prices, a central metric in American antitrust law.

“Digital advertising is an increasingly crowded field,” she said, “and we compete with hundreds of companies including household names like Adobe, Amazon, AT&T, Comcast, Facebook, Oracle and more. This competition has increased choice and helped reduce internet advertising prices, lowering costs for merchants and consumers.”

In recent months, including in two blog posts in June, Google has also responded to other critiques of its ad business that are being considered by regulators and law enforcement officials around the world.

Mr. Bitton and Mr. Lewis wrote that they were responding to two lawyers in Brussels, Damien Geradin and Dimitrios Katsifis, who represent Rupert Murdoch’s News Corporation and other publishers. The two lawyers have written several papers in the past two years outlining accusations that Google has built an advertising technology monopoly.

In June, Mr. Geradin and Mr. Katsifis said Google’s filing in Australia included “misleading arguments, factual inaccuracies and glaring omissions, thus making us even more confident on the strength of our arguments.”

Australia is just one of many places around the world where Google’s ad apparatus is under scrutiny. This month, Britain’s Competition and Markets Authority released its own study of the digital ad markets. Aspects of the ad business have also been examined by regulators in Canada and the Netherlands in recent years. Europe’s competition regulator fined Google $1.69 billion in 2019 for illegally using its dominant position over search ads, which are different from the display ads that are the subject of the paper in Australia.

Google is becoming increasingly public in its counterattack. Last month, Google published two blog posts defending against claims it had abused its position over the advertising industry. In one, an executive argues that publishers keep most of the money they make when they sell ads through Google’s products. Another focuses on how its systems work and argues that most of the money it makes when publishers sell ads goes to maintaining and improving its operation.

And in June, NetChoice, a trade association that counts Google as one of its members, published a paper titled, “Is Google Search an Advertising Goliath? Think Again.”

It argued that Google was not acting like a monopoly because it allowed users of its ad tech products to use competitors’ services, too. It said that “in numerical terms, that means Google’s tools give publishers access to demand from over 700 advertising platforms and give advertisers access to supply on more than 80 publisher platforms.”

A footnote said the source of the claim was the paper written by Mr. Bitton and Mr. Lewis.