Specialist thermal heating machines which convert used PPE into reusable plastic blocks within one hour have been installed inside five NHS hospitals.

The equipment, developed in Cardiff, allows hospital waste such as gowns, curtains and single-use masks to be turned into metre-long blocks on site.

They are then collected, processed and re-developed into a range of new products including school chairs and toolboxes.

The machines have been developed by Cardiff-based company Thermal Compaction Group.

Matt Rapson, the firm’s environmental director, said: “We are taking what is designated as single-use plastic out of what is a very expensive waste stream for the NHS, reclaiming the plastics and engineering it back into an inert source of polypropylene which is then reused into multiple products.”

The company says 11 other NHS hospitals are due to receive the equipment, which reduces the physical size of the waste by 85%.

Mr Rapson said: “We have a number of trusts now using our machines and specifically to take out the plastics which have become a huge problem in the current pandemic.

The Royal Cornwall was one of the first hospitals to start using the new PPE machine.

Roz Davies, the general manager of Royal Cornwall Hospitals Trust Care Group, said: “We hope this will be a real game changer in the way we tackle single-use PPE, not only for us here in Cornwall but across the UK and beyond.

“The use of masks has grown extraordinarily this year but now we have the option to recycle them, as well as other items such as theatre wraps and gowns that would previously have been transported out of Cornwall for specialist incineration.”

Since the pandemic began, tens of thousands of tonnes of PPE waste have been created.

In March last year the World Health Organisation called on governments and manufacturers to increase single-use PPE production by 40%.

One Facebook survey of 4,500 people carried out by tradewaste.co.uk estimates that 53 million single-use facemasks are being used in the UK each day – equivalent to around 55,000 tonnes in the 12 months to March 2021.

It’s a significant amount of waste – but still a small proportion of the 220-million tonnes of waste the UK produces each year.

“But the waste management system has coped, it’s a very resilient system. We are not talking about huge amounts of volumes of material compared to the overall amount that we’re handling as a whole in any given year.” 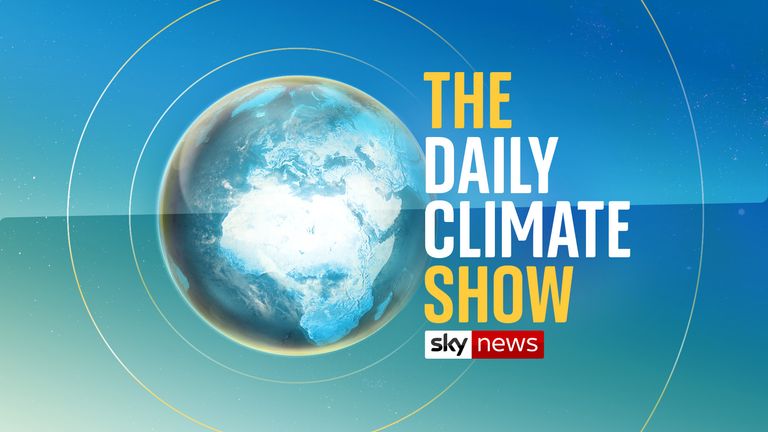 Sky News finds out whether climate change is to blame for Cyclone Seroja and we speak to the Italian architect 3-D printing houses out of clay.

Hosted by Anna Jones, The Daily Climate Show will follow Sky News correspondents as they investigate how global warming is changing our landscape and how we all live our lives.

The show will also highlight solutions to the crisis and show how small changes can make a big difference.

Citi To Exit Retail Banking In 13 Countries, Including India, China, To Focus On More Lucrative Weal...
Minneapolis cops arrest at least 60 as they clash with protesters
Khloe Kardashian's leaked bikini photo has revealed an ugly truth
A lesson in economic violence
‘Godzilla Vs. Kong’ Is A Rare Blockbuster Sequel To A Box Office Disaster
How Can A Retailer Win In This Digital Age?
Four Top Stressors When Working Remotely And How To Avoid Them
Tekion Sees The Cloud As Key To Streamlining Auto Retailing
Singapore Superapp Grab To Go Public With $40 Billion Valuation In SPAC Deal
Business Valuation Guide: Why Businesses Need Valuation Services
Share
Advertisement