The event manager at the Manchester Arena has told the inquiry into the bombing that her CCTV screens “went white” as the device went off at the Ariana Grande concert in 2017.

Duty manager Miriam Stone described the awful realisation of what had happened amongst the team in the venue’s control room as they heard the explosion.

Within moments the team had lost sight of what was happening in the City Room foyer where suicide attacker Salman Abedi had detonated his backpack bomb.

“This wasn’t the white of static when there is no signal,” Ms Stone said in her written statement.

“It was obvious that something was obscuring the cameras. After a few seconds the screens started to clear I realised it was white smoke.

“I recall thinking to myself – this is it.”

Some 22 people were killed as Grande’s Manchester gig was coming to a close on the evening of 22 May 2017.

The venue manager said: “There was so much going on and I was obviously shocked by what had just happened, we have a view of the arena floor and there were people panicking and rushing away from the City Room direction.”

The venue staff and emergency services teams on site had to make quick decisions about how to respond.

“I didn’t want members of the public who were largely children to enter that area,” Ms Stone said.

“I considered securing all the exits and keeping people in the building – as I was obviously unaware at that point if there were other devices or additional threats – but quickly decided this would cause more panic.”

As the venue team tried to cope with the immediate aftermath, Ms Stone says she also “phoned the promoter and told them they needed to get their artist (Ariana Grande) out”.

John Clarkson was a senior event technician for SMG Europe at the arena and had built the stage for Grande’s show.

He described how he went to help the casualties in the “pandemonium” after the bomb had exploded. 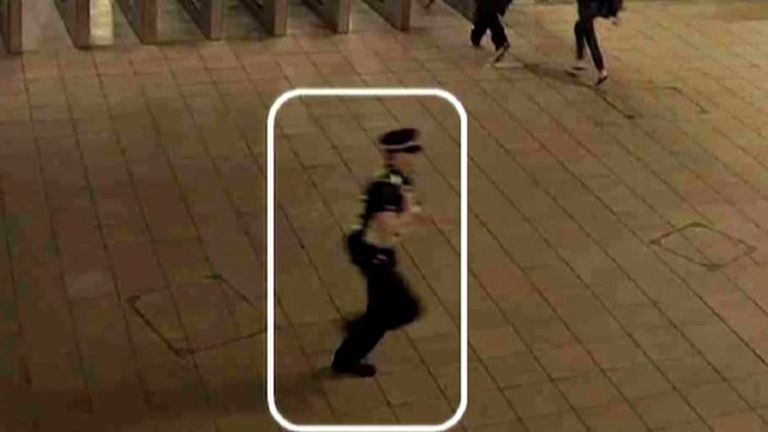 He recalled how at one point when he was helping a 17-year-old girl who had been badly injured, saying that “two armed police officers came in and shouted at us to get out,” but he refused to leave because the teenager needed help.

The girl wanted to close her eyes but he made her keep pinching his hand to tell him she was still alive until paramedics arrived.

“It was surreal, like a movie,” Mr Clarkson said.

Survivor Martin Hibbert described in his statement how he and his daughter got caught in the blast as they tried to leave the venue a few minutes early to avoid the traffic outside.

“It’s like when you are watching a film when a bomb goes off and it goes silent – it was like that.”

“It seemed like it took ages for the paramedics to arrive,” he said.

As he lay on the floor with life-changing injuries Mr Hibbert from Chorley, Lancashire, remembered asking for his daughter to be given help first: “I think they were going to move me but I said don’t worry about me, look after my daughter, as I don’t think I’m going to make it.”

Mr Hibbert was one of the many hundreds of people who suffered physical or mental injuries as a result of the explosion.

The inquiry also heard that efforts were continuing to compel Ismail Abedi, the brother of suicide bomber Salman Abedi, to comply with a formal request to give evidence as the inquiry progresses.

The legal team at the inquiry have said “legitimate and important questions remain” despite several refusals by Ismail Abedi to take part.

Ismail Abedi was questioned by the police but never charged in relation to the attack.

Last year another brother, Hashem Abedi, was sentenced to at least 55 years in prison over his role in the atrocity.