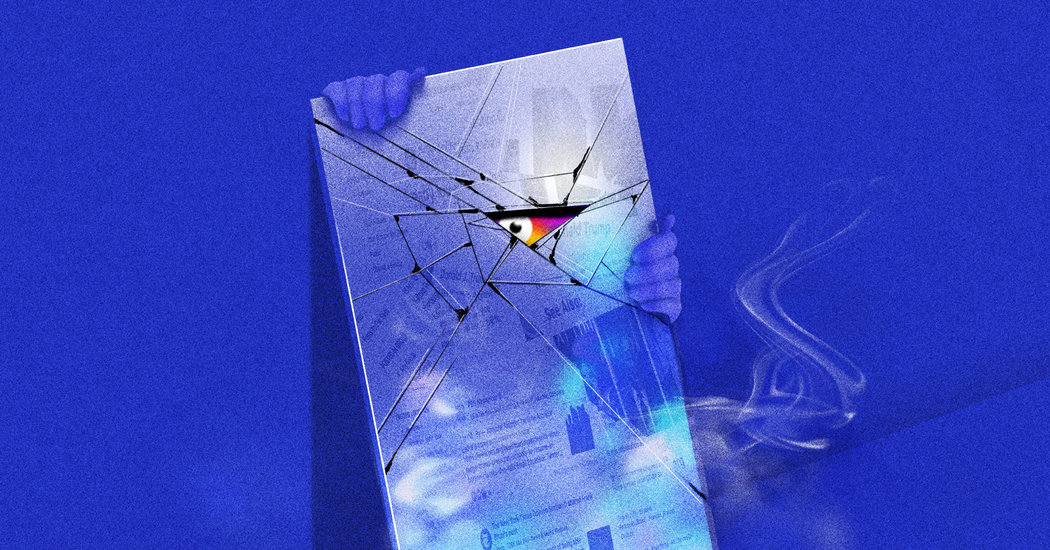 The words “crisis” and “Facebook” are practically joined at the hip. But the last month or two have been something else.

Facebook has dealt with an employee protest over how it handled inflammatory posts by President Trump, an advertiser boycott over hate speech in its online hangouts, and a scathing civil-rights audit that faulted Facebook for potentially deepening social polarization and fueling the harassment of vulnerable communities.

I spoke to Mike Isaac, who reports on Facebook for The New York Times, about the company’s decisions that helped set off the most recent drama, and what this crisis reveals about Facebook’s role in our lives.

Shira: How did this latest crisis start?

Mike: Beginning last fall, Facebook — and its chief executive, Mark Zuckerberg, in particular — made a series of decisions to give relatively free rein to posts by political figures, including President Trump, even if they said divisive or false things on Facebook.

That set of policy choices is the root of the advertising boycott of Facebook, and it was highlighted in the report that came out of a two-year civil rights audit of the company. Civil rights advocates and others believed that Facebook made a misguided choice to prioritize free expression of the powerful and ignore the harm that expression can cause for people with less power.

Facebook says it’s stuck between political conservatives who generally want the company to intervene less in what people say online, and those on the left who want it to intervene more. Do you agree?

I get that they’re in a no-win situation. But Facebook put itself in this position. It wants all the power and is doing all it can to keep it, and that means the company will have to make tough decisions and deal with the blowback — even if that blowback is inconsistent.

Are the criticisms now about Facebook actually misplaced anger from the left about Mr. Trump?

That’s an undercurrent, yes, but it doesn’t invalidate the structural problems that critics of Facebook have pointed out for a long time. Facebook has been completely inconsistent with how it referees politicians or other prominent people who say outrageous or misleading things, and it seems like they change their minds depending on the political moment.

Many of the popular, divisive Facebook posts aren’t from politicians. Is it misguided to focus on what elected officials post?

It isn’t, because what elected officials say has high-stakes consequences — if it makes people less likely to vote, for example.

Is Facebook a mirror on society, as the company says? Humans can be mean and divided, and that’s why Facebook is, too?

It’s not a one-to-one reflection of the world when one influential person — the political operative Roger Stone, for example, as we learned on Wednesday — can manipulate Facebook to spread a distorted view of the world to millions of people.

Private Facebook groups are a slow burning crisis in the making. Facebook and Zuckerberg have seen that people are gravitating more to these smaller, closed groups, where extremism can flourish in secret and it’s harder to monitor and moderate. Zuckerberg has said private groups are the future of Facebook, and that’s going to come with a host of problems.

The great thing about Amazon is that it sells almost everything you might want. That’s also one of the most dangerous things about Amazon. And the company just showed that it knows this is a big risk for it and all of us.

You might not notice this when you’re shopping, but most of the stuff sold on Amazon doesn’t come from the company itself but from a sprawling network of merchants large and dinky that set up shop inside Amazon’s virtual mall. (This Crock-Pot for purchase on Amazon, for example, is sold by a merchant called Txvdeals. This one is sold by Amazon itself.)

These mostly unknown merchants give Amazon a larger variety of products than it could ever stock and sell on its own. They also create a dangerous Wild West.

Numerous investigations have found that these merchants have sold thousands of unsafe, sometimes illegal, products, including children’s toys containing lead. Companies complain that some of those sellers trick people into buying shoddy counterfeits, or manipulate Amazon reviews so we think products are better or more popular than they really are.

Amazon’s critics say the company has done far too little to protect shoppers from the rogue merchants. It’s a good bet that Jeff Bezos, Amazon’s chief executive, will be asked about risky merchants when he and other big tech bosses testify at a congressional hearing later this month.

Amazon this week took a notable (and overdue) step that should slightly reduce the risk.

Merchants will soon be required to show their names and addresses on their Amazon profile pages. I know this doesn’t seem like a big deal, but until now merchants who sold on Amazon in the United States — although not in some other countries — were able to shield their business information from the public. That made it harder to hold those merchants accountable for bad behavior.

Some merchants will still find ways to stay anonymous, but this is a good and necessary baby step.

The question is whether Amazon can keep the best elements of its sprawling merchant network, while reining in the abuses that threaten to erode our trust in what we buy there. It’s a tall order.

Please find a moment today to park yourself in the coolest spot in the house, as Feline Dion (!!!!) does in this video.